THE CASE FOR REPARATIVE INTERVENTION 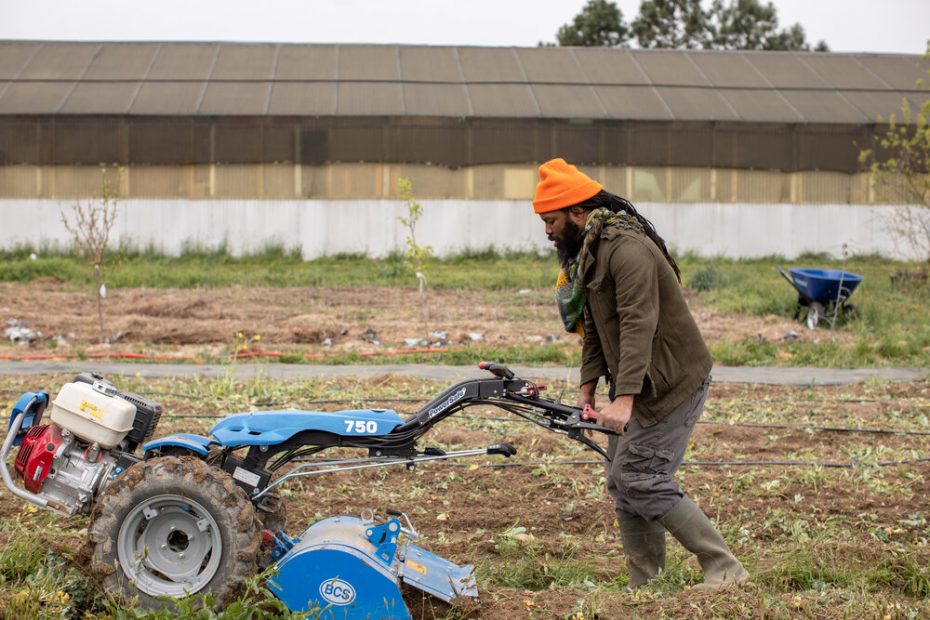 We see the ripple effects in who has access to healthy food.

We see the ripple effects in who lives in urban heat islands, where summer heat is magnified by impervious surfaces and minimal tree canopy.

We see the ripple effects in who has resources to beautify residential areas.

We see the ripple effects in the disparity that exists for black and brown people because of industrial pollution.

There is an opportunity to mitigate these harsh realities through land and food justice on land for housing and sustainable agriculture that is peri-urban in Richmond Virginia.

We need reparations in the form of land and money to farm that land. Deed and title. Both urban and rural. Equipment for tractors, greenhouses, irrigation, and cold storage.

If you have inherited money from past generations of ancestors that exploited black and brown people we can use the money directly in our work of food and land justice.

Below is a list of Institutionalized white advantages that backed wealth inequity into America.

1. Slavery: when the primary source of unpaid free labor switched from white indentured servants to indigenous and African people – poor white people benefitted by enforcing the racial caste system and got economic benefit even if they didn’t own slaves themselves.

2. The Indian Removal Act of 1830 forcibly removed indigenous people to the west of the Mississippi with the help of the US Army to make way for white settlers.

4. The 1862 Homestead Act gave away over 270 million acres of land – once home to indigenous people to predominantly white people.

5. Africans in America never received restitution for slavery, i.e. 40 acres and a mule promised by General Sherman during the civil war. The only restitution made for slavery was made in Washington DC in the form of 300$ per enslaved African being given to the former “owner” for compensation for their loss of property.

6. Jim Crow laws, instituted in the late 19th and early 20th century and not overturned in many states until the 1960s, reserved the best jobs, neighborhoods, schools, and hospitals for white people.

8. The landmark Social Security Act of 1935 provided a safety net for millions of workers, guaranteeing them an income after retirement. But the act specifically excluded two occupations: agricultural workers and domestic servants, who were predominately African American, Mexican, and Asian. As low-income workers, they also had the least opportunity to save for their retirement. They couldn’t pass wealth on to their children. Just the opposite. Their children had to support them.

9. 1935 Wagner Act granted unions the power of collective bargaining, it helped millions of white workers gain entry into the middle class over the next 30 years. But the Wagner Act permitted unions to exclude non-whites and deny them access to better-paid jobs and union protections and benefits such as health care, job security, and pensions. Many unions would remain all-white into the 1970s.

10. The New Deal instituted the Federal Housing Administration that helped create much of the white wealth we see today. Between 1934 and 1962, the federal government backed $120 billion of home loans. More than 98% went to whites. African American neighborhoods were denied loans despite the quality of their neighborhoods, by a process called redlining that gave failing grades to blacks purely on the basis of race by the Home Owners Loan Corporation. These neighborhoods if not gentrified by now are still highly concentrated in poverty across the country.

11. Freeways were built thru nonwhite neighborhoods to support the transport of white folks in and out of urban areas into the newly created suburbs that were developed in response to white flight from the cities in the mid 20th century. Many of these nonwhite neighborhoods were economic bedrocks of black and brown commerce and the resultant freeway construction displaced thousands of nonwhite people across the country.

12. The G.I. Bill of 1944 aimed to help American World War II veterans adjust to civilian life by providing them with benefits including low-cost mortgages, low-interest loans, and financial support. African American soldiers were denied GI Bill benefits. Banks would not loan to them because they lived in black neighborhoods and white neighborhoods were segregated and didn’t allow blacks. White Universities denied soldiers admission which resulted in black universities having too many applicants and having to turn black veterans away due to overcrowding.

This isn’t a comprehensive list. There are more examples. 12 bullet points should be enough to address how deeply rooted the problem is.